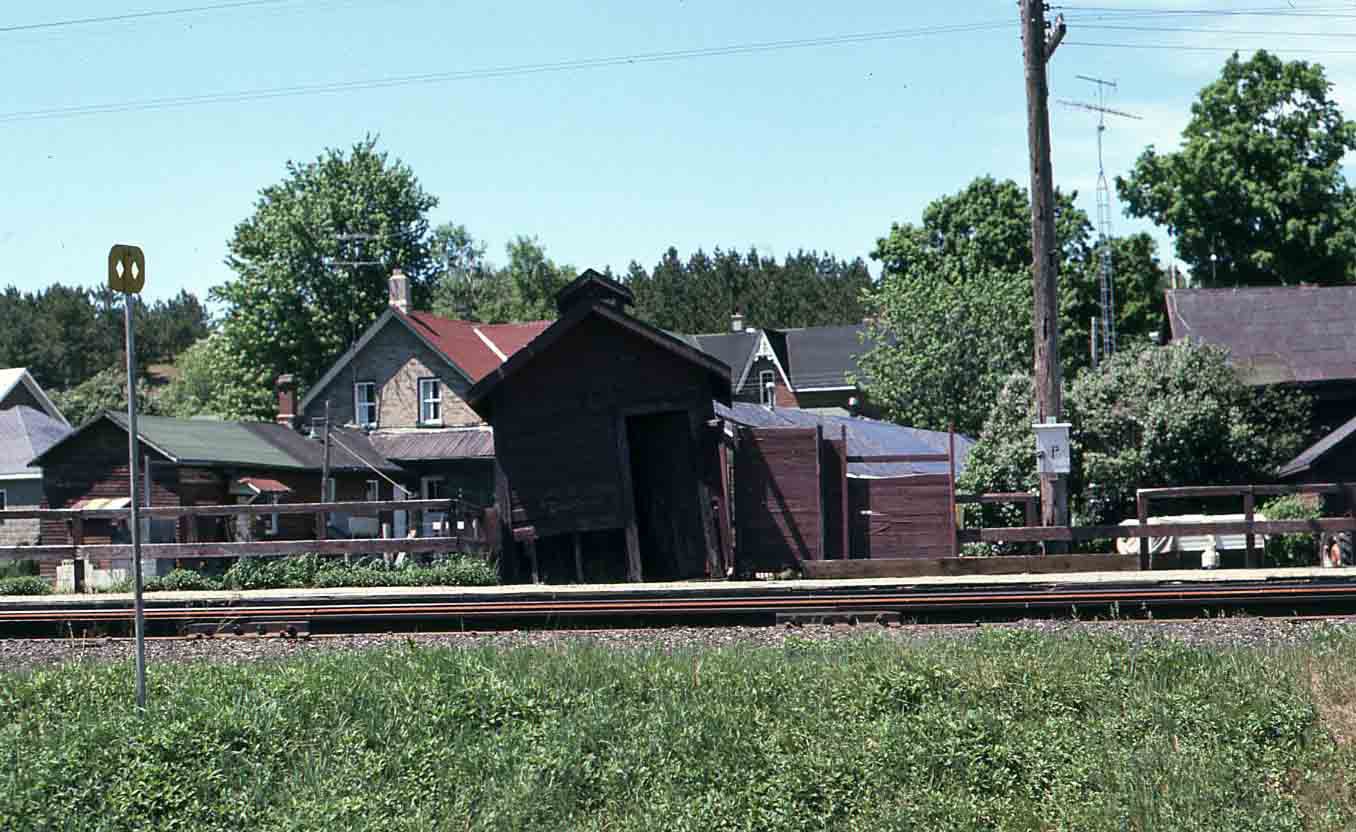 Pontypool, as the youngest settlement in the township, was the last to develop, although people were farming in the area since before the first census of 1835. Settlers James Leigh and John Jennings are credited with starting the community and naming it after a town in their homeland, Pontypool, Wales. Lore has it that the fact that there were five distinct pools fed by nearby streams in the immediate vicinity of the settlement may have influenced their decision in naming the village. Although it is unknown exactly what year sawing operations began it is known that by 1865 one mill was in operation, James Leigh (moved into the area in 1853) being the sawyer, and also working the mill was James Jennings.

By 1892 the population of Pontypool had risen to 600 people. By 1917 the economy of the town consisted of: a hotel, two agricultural implements shops, three general merchants, a livery stable, shoe maker, blacksmith, hardware store, bakery, grocery/butcher, Pontypool Telephone, Light and Power Co-operative. The Pontypool Grain Elevator, built in 1918, is only one of two[4] of its kind in existence in Ontario at present and is in the best[5] state of preservation.